Anne M. Birrell, whose previous books include Popular Songs and Ballads of Han China and New Songs from a Jade Terrace, has taught Chinese literature at the City University of New York and the University of Cambridge. 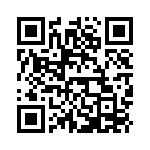