OFRA BENGIO is Senior Research Fellow and Head of the Kurdish Studies Program at the Moshe Dayan Center for Middle Eastern and African Studies, as well as Associate Professor (Emerita) in the Department of Middle Eastern and African History at Tel Aviv University. A frequent commentator in Israeli and world media, she is the author of several books, including The Kurds of Iraq: Building a State within a State. She lives in Tel Aviv, Israel. 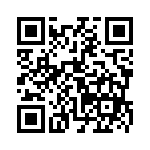