Thank you Kevin, This book count as a very good book which written by an US cetizen. Thank you very much.

Kevin McKiernan has been a war correspondent for over thirty years. He covered the Iraq war for ABC News in both Kurdish and Arab areas. Prior to that, he coproduced The Spirit of Crazy Horse for PBS Frontline and wrote and directed Good Kurds, Bad Kurds, the award-winning PBS documentary. McKiernan has published articles about and photographs of the Kurds in the Los Angeles Times, the New York Times, Newsweek, Time and other publications. He lives in Santa Barbara, California. 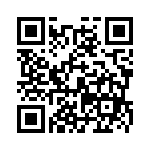