Crappy and trash, waste of my time, too many pages, intelligent facts but lack of text evidence. It could have been good if it mentioned Temujin's real name and more valuable and useful facts about his family history, his wife, conquests and his ruling history, it's way too expensive for this lack of creativity in this book:( .

Timothy May, PhD, is professor of Eurasian history and associate dean of the college of arts and letters at the University of North Georgia. 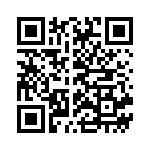