I quite enjoyed his take on history, I found that he had a light touch without bitterness or morbid judgment. For an overall look at the times, I loved it. He took the time of the Regent year by year ... Read full review

A must for those interested in Regency England Read full review

English novelist, playwright, and critic J. B. Priestley was born in Bradford in Yorkshire, the setting for many of his stories, and was educated at Cambridge University. Although he first established a reputation with critical writings such as The English Comic Characters (1925), The English Novel (1927), and English Humor (1928), it is for his novels and plays that he is best known. Priestley was, like John Galsworthy and Somerset Maugham, a novelist only partially committed to his playwriting. Yet he became the dominant literary figure in the London West End during the 1930s, as he attempted to make realistically rendered domestic conversation the vehicle for a mature study of personality and emotion. Philosophical theories about time, Socialist dogmatism (often erupting into sermons), and a taste for dramatic expressionism may be said to have finally deflected him from his goal. Priestley's experimental bent nevertheless yielded, among his more than 25 plays, a number of striking theatrical situations---the soliloquies of Ever since Paradise, the reviewed life in Johnson over Jordan (1939), the replay of an ill-fated conversational turn in Dangerous Corner (his most successful play, 1934), and the supernatural visitation in An Inspector Calls (his acknowledged masterpiece, 1946). 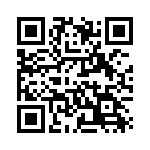