Paul J. White, Ph.D. (2000) in Middle East Politics, Macquarie University, Sydney, is currently Acting Director of the Centre for the Middle East and North Africa at Macquarie University, where he also lectures in International Relations of the Middle East. He has published extensively on Middle Eastern questions, especially on the Kurds and the Alevis of Turkey, including Primitive rebels or revolutionary modernizers? The Kurdish national movement in Turkey (Zed Books, 2000).
Joost Jongerden, Ph.D. (2006) in Social Sciences, Wageningen University, is Assistant Professor at a center for technology-studies associated to the Wageningen University and the Vrije Universiteit Amsterdam. He has published extensively on the Kurdish issue in Turkey and on society and technology issues. 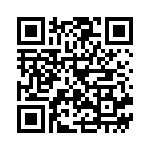