I used this book a year ago as the core anthology of critical and scholarly thinking about the Fantastic for a course I offered in Literature of the Fantastic. All of the essays are valuable, and most provided an excellent catalyst for discussion, not only of the theoretical ideas within them, but also in tandem with a discussion about particular fictional works of the Fantastic that we were concurrently reading. I highly recommend this book as a truly useful compendium of significant essays pertinent to a study of this literature.

Page 173 - True, I talk of dreams ; Which are the children of an idle brain, Begot of nothing but vain fantasy ; Which is as thin of substance as the air ; And more inconstant than the wind...
Appears in 723 books from 1709-2008
Page 38 - The primary imagination I hold to be the living power and prime agent of all human perception, and as a repetition in the finite mind of the eternal act of creation in the infinite I AM.
Appears in 1124 books from 1816-2008
More
Page 63 - The illustrations of this volume . . . . are of quite sterling and admirable art, of a class precisely parallel in elevation to the character of the tales which they illustrate; and the original etchings, as I have before said in the Appendix to my ' Elements of Drawing,' were unrivalled^ in masterfulness of touch since Rembrandt (in some qualities of delineation, unrivalled even by him).
Appears in 237 books from 1871-2006
Page 52 - This opinion, which perhaps prevails as far as human nature is diffused, could become universal only by its truth; those that never heard of one another would not have agreed in a tale which nothing but experience can make credible. That it is doubted by single cavillers can very little weaken the general evidence; and some who deny it with their tongues confess it by their fears.
Appears in 203 books from 1799-2007
Page 54 - What might this be ? A thousand fantasies Begin to throng into my memory, Of. calling shapes, and beckoning shadows dire, And airy tongues that syllable men's names On sands, and shores, and desert wildernesses.
Appears in 655 books from 1788-2008
Page 38 - For from my early reading of fairy tales and genii, etc., etc., my mind had been habituated to the Vast, and I never regarded my senses in any way as the criteria of my belief. I regulated all my creeds by my conceptions, not by my sight, even at that age.
Appears in 215 books from 1844-2008
Page 54 - It stood still, but I could not discern the form thereof: an image was before mine eyes, there was silence, and I heard a voice, saying, ""Shall mortal man be more just than God?
Appears in 607 books from 1741-2008
Page 39 - I were neighbors, our conversations turned frequently on the two cardinal points of poetry: the power of exciting the sympathy of the reader by a faithful adherence to the truth of nature, and the power of giving the interest of novelty by the modifying colors of imagination.
Appears in 199 books from 1829-2007
Page 38 - Genii? — I know all that has been said against it; but I have formed my faith in the affirmative. — I know no other way of giving the mind a love of 'the Great', and 'the Whole'. — Those who have been led to the same truths step by step thro' the constant testimony of their senses, seem to me to want a sense which I possess.
Appears in 117 books from 1844-2008
Page 244 - Understanding, what will grow there. A Hierarch, therefore, and Pontiff of the World will we call him, the Poet and inspired Maker ; who, Prometheus-like, can shape new Symbols, and bring new Fire from Heaven to fix it there.
Appears in 71 books from 1831-2007
Less

DAVID SANDNER is Assistant Professor of Romanticism and Children's Literature at California State University, Fullerton. He published Fantastic Sublime (Greenwood, 1996) on the influence of the Romantic sublime on 19th-century children's fantasy literature, and co-edited a collection of 19th and early 20th-century fantasy, The Treasury of the Fantastic (2001). 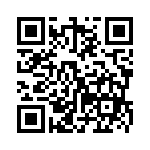