HELENA WOODARD is Associate Professor of English at the University of Texas at Austin, where she specializes in eighteenth-century British literature and culture, and in African American literature. 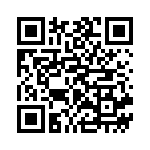