This is a competent and detailed study of the conference. Mr. Plokhy is a Ukrainian, and his view is an assessment of then-present realities rather than some of the myths arising from Cold war ... Read full review

Could FDR and Churchill have done more for Poland? Well, it seems probably not. Did Alger Hiss give away Allied strategy? No he did't. Did Churchill save Greece? Yes with help from Stalin who wanted ... Read full review

Serhii Plokhii (Plokhy) is Mykhailo Hrushevsky professor of Ukrainian history at Harvard University and the author of several award-winning books on Ukrainian and Russian history, including The Cossacks and Religion in Early Modern Ukraine (Oxford, 2001), The Origins of the Slavic Nations: Premodern Identities in Russia, Ukraine and Belarus (Cambridge, 2006), and Ukraine and Russia: Representations of the Past (Toronto, 2008). His revisionist account of the 1945 Yalta conference, Yalta: The Price of Peace was released by Viking Press on 4 February 2010, to mark the 65-th anniversary of the start of the Yalta Conference. 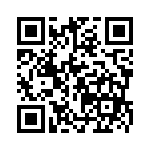