Pseudo-Middle-Eastern Cyberpunk Detective Noir. Certainly a unique combination. A dismal mess throughout, but I think that was the author's intention. Read full review

Realized I had read this before many years ago when I was on a cyberpunk kick. It was still good enough to read again, and worth the time to get a different angle on cyberpunk. Read full review

A winner of the Hugo and Nebula Awards, George Alec Effinger was the author of What Entropy Means to Me and Schrodinger's Kitten. He died in 2002. 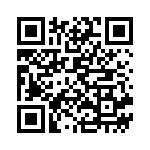