Page 89
In order to understand Celestina's power and daring in this scene , it is necessary to envision the setting for her incantations and the accoutrements that accompany them . Little or much can be made of the staging of the conjuration ...
Page 90
Lighting a lantern , she would descend some rickety stairs ( accompanied by appropriate creaking sounds ) and enter the dark confines of her magical laboratory , a setting replete with ominous retorts , grimoires full of magical lore ...
Page 241
Rather than an omission , failing to identify the setting is as conscious a technique as a poet's elision ; in so doing , Rutebeuf leaves us merely taking for granted that , as the reader and spectator of his time would have come to ...

Robert Lima is professor emeritus of Spanish and comparative literature and fellow emeritus of the Institute for the Arts and Humanities at Pennsylvania State University. 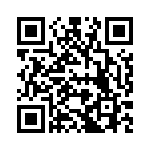