Life lit by some large vision: selected speeches and writings

Actor, playwright and civil rights activist Davis passed away in 2005, but this posthumous collection of his writing-including his speeches, essays, eulogies and letters-is a reminder that his ... Read full review

Ossie Davis appeared in numerous Broadway and Hollywood productions, including I'm Not Rappaport, The Defenders, The Stand, Jungle Fever, Evening Shade, Do the Right Thing, and The Client. He was also the author of several plays, teleplays, and children's books. He passed away in February 2005, still active in his work at the age of eighty-seven.

Ruby Dee, collaborator to this provocative collection, has enjoyed an illustrious career on stage and in television and film, and she is also an award-winning author. She and Ossie Davis were married for fifty-six years. They have three children and seven grandchildren. 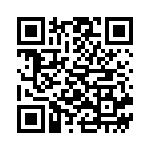