Page 135
It is becoming more and more fully recognised that there is only one form of reasoning , deductive reasoning , and only one form of logic , properly so called , deductive logic . In scientific enquiry , experiment and observation there ...
Page 203
6 6 engine - drivers as ' scabs , ' and called upon the owners to refuse to recognise the engine - drivers ' union , which of course the owners emphatically declined to do . Thereupon , the miners were called upon to down tools ...
Page 479
... the vital interests of any one of these three bodies , in the opinion of their common executive , be threatened , then , by consent of the general bodies of all three , common action would be taken , and a general strike be called .

23 other sections not shown 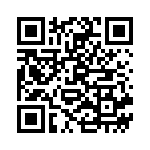