THE ONE AND THE MANY: America's Struggle for the Common Good

The one and the many: America's struggle for the common good

On the back of a coin we read, "E pluribus unum"--out of many, one. But is it true anymore? Rev. Marty, Fairfax M. Cone Distinguished Service Professor at the University of Chicago and an acclaimed ... Read full review

Martin E. Marty is the Fairfax M. Cone Distinguished Service Professor Emeritus at the University of Chicago, where he taught for thirty-five years. Among his many books are Righteous Empire for which he won the National Book Award and the three-volume Modern American Religion. 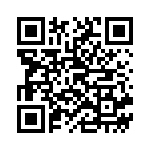