—Úū. 66
The result is a so - called ď cycle of violence . Ē That term does not aptly describe the dynamics because the unlawful violence was deliberately started by terrorists who target civilians , and the response of the democracy is lawful ...
—Úū. 85
In 1988 , the Kach Party , which endorses violence in the pursuit of the expansion of the Israeli state and the denial of citizenship rights to Israeli Arabs , was banned from the Knesset elections based on this provision .
—Úū. 95
Over the years since the Altalena affair , various Jewish underground groups have employed sporadic violence against perceived enemies . One such group , calling itself ď TNT Ē ó ď Terror Neged Terror , Ē or ď Terror Against Terror ...

Dershowitz, building on the popularity of his previous workThe Casefor Israel , outlines what he considers "the obvious solution" to the conflict in the Middle East, a variation of the "two state ... ◊ŤÚŗÚŁ ‚ŚŮŁ ÓÚÁŻ‚

Harvard law professor Dershowitz has written widely on the conflict in the Middle East, including his recent The Case for Israel , through which he earned the reputation as a combative defender of ... ◊ŤÚŗÚŁ ‚ŚŮŁ ÓÚÁŻ‚ 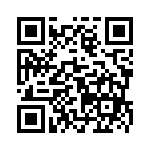