Page 322
... is no such English plant as sarnel , ' nor any French one known by the unpronounceable name of ' le necl , but that darnel , Fr. ivraie , and néele — hodič nielle - Anglicč cockle , are better known than liked in both countries .
Page 373
In the attempt to mark progress , it would be unpardonable to omit a very entertaining sketch of the change in the modes of living at Edinburgh , drawn for the Old Statistical by Provost Creech , the well - known bibliopole :" .
Page 397
fect form , have long been known to the public ; the third , translated by Mrs. Merrifield , is in course of publication ; the fourth , • Tractatus de Coloribus Illuminatorum , ' is of less importance . Respecting the dates of the first ... 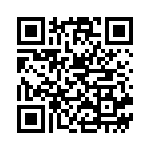