Dr. Lutz D. Schmadel, astronomer and computer of orbits and ephemerides of minor planets at Astronomisches Rechen-Institut, Heidelberg, has discovered more than 230 minor planets and has done great service to the community by preparing the Dictionary of Minor Planet Names (now in its 6th edition) on behalf of Commision 20 of the International Astronomical Union (IAU). As member of the IAU he is affiliated to several divisions and commisions including Division III Commission 20 (Positions & Motions of Minor Planets, Comets & Satellites), Commission 5 (Documentation & Astronomical Data), Commission 41 (History of Astronomy), as well as the Committee on Small Bodies Nomenclature (CSBN)". 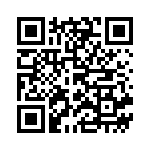