Page 47
The late Sir Edward W — s , who resided near the city of Bristol , was in the habit of driving his carriage and four , with a corresponding retinue , about the neighbourhood every Sabbath - day . During one of these ungodly excursions ...
Page 152
An honest tradesman came one day to the late John Frederic Oberlin , pastor of Waldbach , in France , informing him that a ghost , habited in the dress of an ancient knight , frequently presented itself before him , and awakened hopes ...
Page 223
The spectators were so impressed that it was a judgment from God , that they stood amazed , till it was too late to afford him any help , and he was launched into a boundless eternity , in the midst of his impiety . xxvi . 6. 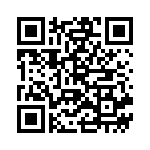