Page 13
... would have led to peace ; not , indeed , the Victory Peace , ' of which , in their megalomania , the Pan - Germans and the people they had misled were ever dreaming , but a moderate and reasonable peace , which would have saved ...
Page 180
23 a joint note was sent to the Angora Government inviting it to a peace conference to meet as soon as possible , to be attended by the belligerents , the Western Powers , and also by Japan , Yugoslavia , and Roumania .
Page 286
Peace was assured , on the side of France , when the Goblet ministry fell in May and was succeeded by the Rouvier ministry , in which General Boulanger was not included ; but it was a better guarantee for the peace of Europe that ... 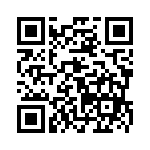