Page 1
Similarly , Jesus Christ and his immediate followers began their mission within the context of Judaism , and for some two centuries the movement was regarded by neighboring peoples as a reformed branch of the parent religion .
Page 80
The emergence of a world community , the consciousness of world citizenship , the founding of a world civilization and culture ... should , by their very nature , be regarded , as far as this planetary life is concerned , as the ...
Page 135
However , he is not regarded as another Manifestation or Messenger of the station of the Báb and Bahá'u'lláh . While the authority of a Manifestation comes directly from God and is part of his very spiritual nature , the authority of ...

William Hatcher (1935-2005) was a professor of mathematics at Université Laval in Quebec City, Quebec. He held a doctorate in mathematics from the University of Neuchatel, Switzerland, and bachelor's and master's degrees from Vanderbilt University in Nashville, Tennessee. A specialist in the philosophical alloying of science and religion, for over thirty years he held university positions in North America, Europe, and Russia. Douglas Martin holds a bachelor's degree in business administration from the University of Western Ontario and a master's degree in history from the University of Waterloo, Ontario. He served in Baha'i administrative capacities for many years, including serving on the international governing council of the worldwide Baha'i community in Haifa, Israel from 1993-2005. 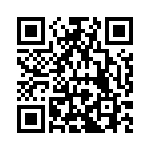