BURY THE CHAINS: Prophets, Slaves, and Rebels in the First Human Rights Crusade

A late-18th-century band of abolitionists in England begins the movement that will eventually free nearly one million slaves across the British Empire—and show the world that idealism and a passion ... Read full review

Bury the chains: prophets and rebels in the fight to free an empire's slaves

Hochschild (King Leopold's Ghost ) enlightens general readers on the main men (and at least one woman), methods, and motivations behind the cause officially launched in 1787 that culminated by 1838 in ... Read full review

Adam Hochschild was born in New York City in 1942. His first book, Half the Way Home: a Memoir of Father and Son, was published in 1986. Michiko Kakutani of The New York Times called it "an extraordinarily moving portrait of the complexities and confusions of familial love . . . firmly grounded in the specifics of a particular time and place, conjuring them up with Proustian detail and affection." It was followed by The Mirror at Midnight: a South African Journey, and The Unquiet Ghost: Russians Remember Stalin. His 1997 collection, Finding the Trapdoor: Essays, Portraits, Travels, won the PEN/Spielvogel-Diamonstein Award for the Art of the Essay. King Leopold's Ghost: a Story of Greed, Terror and Heroism in Colonial Africa was a finalist for the 1998 National Book Critics Circle Award. It also won a J. Anthony Lukas award in the United States, and the Duff Cooper Prize in England. His books have been translated into twelve languages and four of them have been named Notable Books of the Year by The New York Times Book Review. His Bury the Chains: Prophets and Rebels in the Fight to Free an Empire's Slaves, was a finalist for the 2005 National Book Award in Nonfiction and won the Los Angeles Times Book Prize for History. His last two books have also each won Canada's Lionel Gelber Prize for the best book on international affairs and the Gold Medal of the California Book Awards. In 2005, he received a Lannan Literary Award for Nonfiction.

Hochschild has written for The New Yorker, Harper's, The New York Review of Books, Granta, The New York Times Magazine, and many other newspapers and magazines. His articles have won prizes from the Overseas Press Club, the Society of Professional Journalists and elsewhere. He was a co-founder of Mother Jones magazine and has been a commentator on National Public Radio's "All Things Considered."

Hochschild teaches narrative writing at the Graduate School of Journalism at the University of California at Berkeley, and spent half a year as a Fulbright Lecturer in India. He lives in San Francisco with his wife, sociologist and author Arlie Russell Hochschild. They have two sons and two granddaughters. 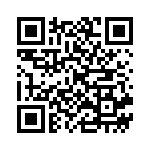