Page 74
Extolling God's act of creation , Bahá'u'lláh said : All - praise to the unity of God ,
and all - honor to Him , the sovereign Lord , the incomparable and all - glorious
Ruler of the universe , Who , out of utter nothingness , hath created the reality of
all ...
Page 75
How lofty hath been His incorruptible Essence , how completely independent of
the knowledge of all created things , and ... This one human race is the “ apogee
of creation , ” the highest form of life and consciousness which God has created ...
Page 87
They cause conflict because they create disunity between groups . The hatred
created by prejudice can , and often has , led to social unrest , war , and even
genocide . Bahá'u'lláh specifically counseled his followers to make an active
effort to ... 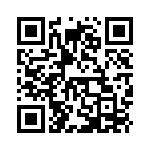