Thomas Oliphant has been a correspondent for The Boston Globe since 1968 and its Washington columnist since 1989. He is a native of Brooklyn, a product of La Jolla High School in California, and a 1967 graduate of Harvard. He was one of three editors on special assignment who managed the Globe’s coverage of Boston's traumatic school desegregation, which was awarded the Pulitzer Prize in 1975. He has also won the writing award given by the American Society of Newspaper Editors. He has appeared on ABC’s Nightline, The NewsHour with Jim Lehrer, Face the Nation, The Today Show, Good Morning America, and CBS News’ This Morning. He has been named one of the country’s top ten political writers and one of Washington’s fifty most influential journalists by The Washingtonian magazine. Mr. Oliphant lives in Washington, D.C., with his wife, CBS correspondent Susan Spencer. 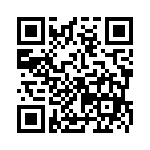