Page 25
... was riding the horse on which his father had been accustomed to travel to preach the gospel , when a thought to the following effect darted into his mind : " Poor creature , you used to carry a saint , and now you carry a devil .
Page 124
In the eleventh century , the effect of the gospel in Denmark was such , as to prove at once its divine ori . gin , and its benign tendency . Adam of Bremen , an historian , thus expresses it : " Look at that very ferocious nation of ...
Page 179
“ In visiting one of the gardens , for which Rosetta , in Egypt , is famous , " says Jowett , in his Christian Researches , " we had a singular specimen of the effect of oppression . Seeing fine fruit on every side , but finding the ... 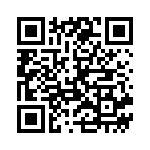