Page 25
Beyond these , as an Eighth Sphere or Orb , was the Firmament or Heaven of all the fixed stars . These eight Spheres or Heavens had sufficed till Aristotle's time , and beyond it , for all the purposes of astronomical explanation .
Page 172
360 370 A mighty sphere he framed , unlightsome first , Though of ethereal mould ; then formed the Moon Globose , and every magnitude of Stars , And sowed with stars the heaven thick as a field . Of light by far the greater part he took ...
Page 176
He through Heaven , That opened wide her blazing portals , led To God's eternal house direct the wayA broad and ample road , whose dust is gold , And pavement stars , as stars to thee appear Seen in the Galaxy , that milky way Which ... 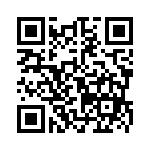