Dr. Gilbert Childs attended the Steiner/Waldorf teacher-training course at Michael Hall in the UK after war service. He later studied at four universities, his doctoral thesis being Steiner Education as Historical Necessity. After teaching at state and Steiner/Waldorf schools, Dr. Childs tutored for twenty years in a continuing-education college for severely physically disabled students. In his retirement, he is a full-time author and an avid gardener. 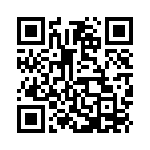