Page 7
22 Many of Russia ' s protégés from Smyrna , Istanbul , the Ionian Islands , Chios
, Hydra , Psara , Spetsae , and other mercantile points of the Levant found
employment as sailors , shippers , and traders in Russia ' s growing southern
fleet .
Page 10
Fonton vigorously asserted that , in line with treaty rights , Russian subjects must
be allowed to transport goods without hindrance to any point in the Ottoman
Empire and to conduct business with any buyers or sellers they chose . Ottoman
...
Page 155
Thus , it is highly likely that Dashkov crafted the final version of “ Survey ” at some
point between April and early ... seront réglés de concert avec la nation
servienne , ” which he translated into Russian , “ And all points will be settled in
concert ... 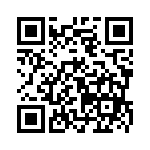