Page 88
Two of my best non - Somali friends in Mogadishu were Andrew and Judi
Macpherson , an Australian couple . Macpherson was a dry - country
agriculturalist who had learned his business by farming with his father in
Australia . He and Judi ...
Page 90
There had been no choice ; Somali had first become a written language only in
1972 , when Siad Barre decreed the use of the Latin alphabet - after long debate
as to whether to use the Latin alphabet , the Arabic , or the ' Osmaniya script ...
Page 152
For some years , half of the large tract of land that the Somali authorities had
given us in the 1960s for a new embassy compound had been used for an
American - managed , but international , golf and tennis club . There were a
number of ...

17 other sections not shown

Peter Bridges holds degrees from Dartmouth College and Columbia University. A retired Foreign Service officer, his Safirka: An American Envoy (The Kent State University Press, 2000) relates his experiences as American ambassador to Somalia. Pen of Fire: John Moncure Daniel (The Kent State University Press, 2002) is the biography of the most influential Confederate editor during the Civil War. Bridges has published more than seventy articles and essays that deal mainly with history and foreign affairs. 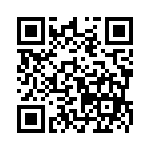