From what I can see from a limited preview of this book, this author knows nothing about Indian society. I was interested in a discussion of the actual "ethnicities" of India:
Assamese, Bengali, Bihari, Oriya, Gujarati, Hindustani (basically the central-northern "Hindu heartland"), Kannada, Kashmiri, Malayali, Marathi, Punjabi, Rajasthani, Tamil, Telegu
These ethnicities are the least he should be mentioning. How exactly he looked past the obvious and got into a discussion about castes and Anglo-Indians is a mystery to me. I will probably read the book to me, but when I see a lack of perception judging from a passage upon which I myself am familiar, I will have to doubt Petersen's scholarship on other ethnicities before I risk letting him confuse and mislead me on other topics. What a disappointment.

William Petersen is Robert Lazarus Professor of Social Demography Emeritus at Ohio State University and is known throughout the profession as a leading demographer. His work has appeared in Population and Development Review, Annual Review of Sociology, and Demography. 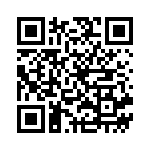