This is a seminal work and its content taken very seriously at this time. LaViolette isn't the only scientist to link mythology to what actually happens in our galaxy. His work in conjunction with Wal Thornhill's, Anthony Peratt's and Donald Scott of Thunderbolts project is profound. For for anyone who wants to understand how the Earth is functioning in connection to its galactic environment and how humanity has recorded events, Earth Under Fire is illuminating.
Given we have an increase in solar electromagnetic flares, large scale earthquakes and tsunamis, LaViolette's work on super galactic waves and their connection to earth disasters is sobering. The 2004 Asian tsunami which wiped out about 250,000 lives was as a direct result of a wave from Sagitta at the galactic centre. Two telescopes recorded this and the likelihood of it being a coincidence is neglible at most. Earth Under Fire presents a link between actual events and mythologies. Further connections along the lines of LaViolette's research would be invaluable at this present time.

The Charge of the Bull

"Except this supernova does seem unusually bright," interjected Tom Cook.

"Has brightened up still more," announced Bill Gaynor, who had just come in. "Didn't go to bed. I stayed up till it rose--in the east, about an hour ago."

"I'd say about minus eight." [25 times brighter than Venus]

There was a whistle around the common room.

"More like a bloody quasar than a supernova," muttered someone.

A long silence followed this remark. It was broken by Almond. "Which would explain something that's been worrying the hell out of me."

"What's that, Dr. Almond?" Gaynor asked, his eyes red with lack of sleep.

"Why the position of the thing is so precisely the same as the Galactic center. It's obvious really, isn't it? The center of the Galaxy has blown up." Almond's deep voice was grave as he made this pronouncement.
--The Inferno, Fred Hoyle and Geoffrey Hoyle

According to a legend told by the Hopi Indians, the present world civilization is not the first to populate the Earth. Before this one, there were three other "worlds," each terminated by a global catastrophe. They call the present world cycle the "Fourth World," and claim that it too, like the others before it, will one day come to an end. They say that this ending will be heralded by the appearance of Saquasohuh, the Blue Star spirit.

Since the cores of distant exploding galaxies are observed to have a bright blue star-like appearance, it is reasonable to expect that the core of our own Galaxy would have a similar appearance during its explosive phase. So the legendary appearance of the Blue Star could be referring to an explosion of our Galaxy's core. Supernova explosions may be ruled out as frequently recurring causes of terrestrial cataclysms. Although nearby supernovae might appear as bright blue stars, those occurring close enough to seriously affect the Earth and solar system take place very rarely, only about once in several hundred million years. They certainly could not account for three Hopi world cycles occurring during the past several hundred thousand years or so.

Since optical radiation from the Galactic core is heavily obscured by the large amounts of intervening interstellar dust, most of the blue light that ancient viewers would have seen from a Galactic core explosion event would have come from the superwave cosmic ray electrons emitted from the core, rather than from the core itself. During their 23,000 light-year journey to us, this advancing army of torch bearers would have been continuously generating and beaming forward a bluish light, a color characteristic of their synchrotron electromagnetic emission. Most of the light reaching us would have come from electrons that had emerged from the Galaxy's dust-obscured inner regions.

Because the synchrotron radiation from such high velocity electrons shines forward in a very narrow cone, this light would have appeared to ancient observers like a bright blue-white star about a thousand times brighter than the brightest star in the night sky. About 80 percent of this light would have come from a region less than a third of an arc minute in diameter, in other words from a region smaller than the apparent diameter of the planet Mars. An additional 17 percent of the light would have come from a region three times larger, approximately equivalent in size to the apparent diameter of Venus. This Galactic center synchrotron source would have been visible even during the day, radiating from the vicinity of Sagittarius A. It would have appeared suddenly, without warning, and would have remained in the sky for several hundred to several thousand years, marking the duration of the superwave's passage.

During the time it ruled the heavens, its intensity would have varied from hour to hour, sometimes from minute to minute, due to variations in the concentration of cosmic rays along the depth of the advancing superwave shell. During this ancient superwave passage, the star-studded sky that we are used to seeing on a clear night would have been transformed into a ghostly scene of variously shaped amorphous nebulae and dust clouds overlying one another. Bluish light from the superwave's cosmic rays would have back-illuminated and silhouetted dark forms residing in the general direction of the galactic nucleus, with the back-illumination increasing in brightness toward the Blue Star. The entire Scorpio-Sagittarius-Lupus-Ophiucus region would have taken on an ominous appearance. The cloud of gas and dust that currently surrounds the solar system would become illuminated and grotesquely visible. Nearby clouds lying in the anticenter direction, that is on the Taurus-Orion-Capella side of the heavens, would instead have been front-illuminated, the beamed synchrotron radiation there being directed away from Earth. On this leeward side, viewers would have seen visual effects produced by superwave cosmic rays that were now receding from the Earth.

Other lighting effects would have been seen in the immediate vicinity of the solar system. Within minutes after the appearance of the Blue Star, superwave cosmic rays would have begun impacting the solar system's heliopause magnetic field sheath as well as the bow shaped shock front that surrounds and shields it on the upwind side facing the Galactic center. The approaching cosmic rays would have been captured by the turbulent magnetic fields residing behind the shock front as well as within the heliopause sheath. There, they would have formed a network of faintly luminous cobweb-like filaments stretching outward across the sky from the vicinity of the Blue Star.

Perhaps the most frightening phenomenon to occur in this early stage would be the prompt arrival of the electromagnetic pulse and, perhaps some days later, the onslaught of the gravity wave with its ensuing crustal torque, earthquakes and volcanic eruptions. These terrifying aspects are discussed more fully in chapter 12. 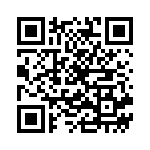