Page 10
The ascent to the top , Rollin informs us , was by stairs winding round it on the outside ; that is , there was an easy sloping ascent in the side of the outer wall , which turning by very slow degrees in a spiral line , eight times ...
Page 89
Some others of the camels have round bells about their necks , some about their legs , like those which our carriers put about their fore - horses ' necks ; which , together with the servants , ( who belong to the camels , and travel on ...
Page 102
... went to him : he gave her what he called a charm , which was a paper sewed up in a bag , which she was to wear round her neck , and never to open it , for if she did , he told her the complaint would return again . 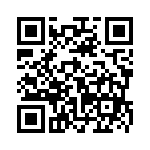