Alan Curtis is president and CEO of the Washington, D.C.-based Eisenhower Foundation. He was executive director of President Carter's urban and regional policy group. Dr. Curtis has written or edited ten books and coauthored one of the task force reports of the National Violence Commission. Leader of many delegations to China, he is a critic of that country's nondemocratic government and a supporter of Tibetan independence. He has degrees from Harvard, the University of London, and the University of Pennsylvania. 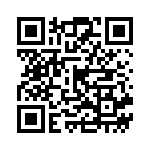