Lewis D. Solomon is Van Vleck Research Professor of Law at The George Washington University Law School. He is the author of numerous books, among them From Athens to America: Virtues and the Formulation of Public Policy (2006), The Quest for Human Longevity (2006), and In God We Trust? Faith-based Organizations and the Quest to Solve America's Social Ills (2003). 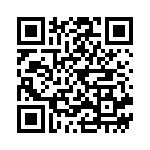