Page 353
Speaking of " The Way of the World , ' he says , ' That very polish , that diligent selection and considerate colloca . tion of words -- that tight - lacing of sentences into symmetry -- that exquisite propriety of each part and ...
Page 548
Lanjuinais was proscribed with the Girondins , but escaped , and survived to exhibit the independent moderatiou of his character through all the phases of the revolution , even down to the restora . tion . Thiers , whose evidence , when ...
Page 587
... 1- Late Voyage of Captain Sir John Ross , by Robert Huish , characterized , 2 - Sir John's subscrip tion - shop , trampers , and Vauxhall panoramic exhibitions , 3 - Commander James Clarke Ross's memorandums , ib . 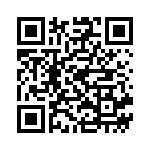