Stephen Tomkins is an experienced journalist who holds aPh.D. in church history from London School of Theology andis a contributing editor to the online humor magazineShip of Fools. He is also the author of Paul andHis World. 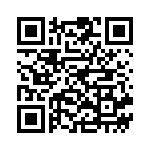