Page 51
In time the letters became more heated and after four years , in March 1817 , D '
Israeli , irritated by new summonses , wrote that he deeply regretted not having
been ' suffered to remain in quiet as a useful contributing member , ' and ...
Page 97
Unless , however , he said ' Let ' s ride on together , ' one had to be content with a
word , and remain still . Just at first he merely wished the Comtesse ' s father a
good morning , but later he would either ask him to ride beside him , or wave to ...
Page 127
It is a pity that of all his notable garden achievements only Rousham now
remains , but of his other work The Horse Guards , decorative work at Holkham ,
Raynham , and Houghton , and his mural paintings at Kensington Palace remain
as ... 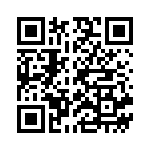