Page 278
Conversely the eastern frontier must be strongly held during operations in the Trentino ; for an invasion of Venetia , apart from other considerations , would speedily put a stop to the operations and compel a retirement .
Page 279
The operations need not be described in detail ; but it may be observed that , in broad outline , they appear to comprise a concentric movement on Trent , together with an advance by the Cadoric and Carnic Passes against the railways on ...
Page 603
War , The - I , By Land , 566 - operations in Eastern Poland , ib .-- retreat of the Russians , 567 , 571 et seq .--- advance of Gallwtz , Scholtz , and Mackensen , 568 – difficulty of transporting supplies , 569— failure of the Russian ... 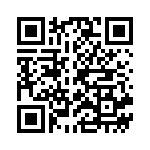