Because Lawrence D. Gardner was born the son of a US Air Force career pilot, he has traveled and lived in many places. He holds a BA degree in Art from Brigham Young University and has studied in several film schools including California State University at Sacramento. He has spent the last twenty-seven years in the film industry as a producer, writer, and director, producing award winning documentaries, film shorts, commercials, and a feature film. During this time he has served in numerous teaching capacities within the LDS church including Priesthood Quorums, Sunday school, and Gospel Doctrine classes. 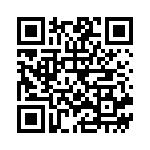