Page 229
that she and her allies considered their aims the defence of their liberty and their existence ' - to have been already attained . Meanwhile President Wilson had , on Dec. 18 , addressed a letter to the belligerents , in which he ...
Page 230
Allies by force or against the will of their populations ; the liberation of Italians , Slavs , Rumanians , and Tcheco - Slovaks from foreign domination ; the enfranchisement of populations subject to the bloody tyranny of the Turks ...
Page 492
The total casualties of the Allies may be estimated at about 16,600,000 , and the total deaths at about 5,250,000 . ... so that Germany and her Allies caused the death or disablement of about 9,000,000 men of the Allied nationalities .

46 other sections not shown 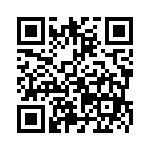