Page 7
In subsequent statements , Siyyid ' Ali - Muḥammad also referred to himself by
the traditional Muslim title “ Báb ” ( Gate ) , although it was apparent from the
context that he intended by this term a spiritual claim very different from any
which had ...
Page 9
He also addressed a special “ tablet , ” or letter , to the Sharíf of Mecca , guardian
of the shrines , in which he made the same claim . On neither occasion , although
he was treated with great respect , was any serious attention given to his ...
Page 72
One of the Hands , Charles Mason Remey , an American over eighty years of age
, suddenly advanced the claim that he was , in some fashion not explained , “ the
hereditary successor " of Shoghi Effendi . Acting on the authority given them in ... 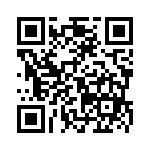