Jeffrey Record is a professor of strategy at the Air War College in Montgomery, Alabama. He is the author of Bounding the Global War on Terrorism (2004), Dark Victory: America's Second War against Iraq(2004), and Beating Goliath: Why Insurgencies Win (Potomac Books, Inc., 2007). He served in Vietnam as a pacification adviser and received his doctorate from the Johns Hopkins School of Advanced International Studies. He lives in Atlanta. 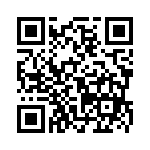