Page vi
... Church Perfecting The Members Sharing The Gospel Salvation For The Dead Importance of Education Sunday Services How We Are Organized Serving And Caring For Others Health Rules Personal Attributes Chapter 4: Why Is There Controversy?
Page 3
We and many others believe that they are missing some important things that have been lost over the ages, and include changes and additions introduced after Christ and his apostles were gone, and after (as they acknowledge and insist) ...
Page 8
Religion is a very personal thing and a very important topic. All of us need to figure out what life is all about and how we will live our lives. Some call this our personal philosophy of life. It gives us our perspective, ...
Page 12
They have influenced the cultures and laws that govern societies. It has been said that the history of the world is largely the history of these religions. One of the most important decisions each person makes during 12 The Mystery and ...
Page 13
One of the most important decisions each person makes during his or her life is whether to believe there is a spiritual side to reality and whether there is a God who created and governs the universe. To most people, the broad concept ...
Next »

The Mystery and Controversy Surrounding "Mormonism" 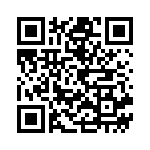