Ńňđ. 36
Plato found fault that the poets of his time filled the world with wrong opinions of the gods , making light tales of that unspotted 1280 essence , and therefore would not have the youth depraved with such opinions .
Ńňđ. 88
... and tell us frankly your opinion , whether you do not think all writers , both French and English , ought to give place ... his rivals in poesy ; and one of them , in my opinion , at 1495 least his equal , perhaps his superior .
Ńňđ. 178
... in my opinion , greatly under - rate the power of metre in itself , it might , perhaps , as 615 far as relates to these Volumes , have been almost sufficient to observe , that poems are extant , written upon more humble subjects ... 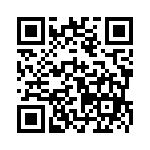