Page 86
Josephus applies the name ' City of David ' to the whole Jerusalem of David's time as he conceives it , viz . , the Upper City , i.e. , the south - western hill , and the Akra or Lower City , i.e. , the south - eastern On the other hand ...
Page 125
throughout America as were the first Dutch settlers in South Africa towards the Bantu , Bushmen , and Hottentots ; the British in Tasmania , Eastern North America , and much of Australia , and the Belgians in Congoland .
Page 126
loveliest , and most impregnable land - should , after its depopulation by Zulu raids and the resultant famines and diseases , have been allotted to Boers or British to become the centre of the white man's rule over South Africa .

41 other sections not shown 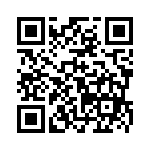