Page 97
In addition , he was employed on several diplomatic missions , being twice sent to Italy in such capacity ... It is customary to divide his work into a French , an Italian , and an English period , although these divisions should not be ...
Page 240
Greek scholars , repulsed by the advance of the Ottoman Turks , fled to Italy with precious manuscripts , and on the fall of ... The Italian city - states , such as Florence , Pisa , Genoa , and Venice , enriched by trade with the East ...
Page 241
The next impulse of the Renaissance came direct from Italy , and found expression in the imitation of sonnets and other Italian forms by Sir Thomas Wyatt and the Earl of Surrey ( second quarter of the century ) .

55 other sections not shown 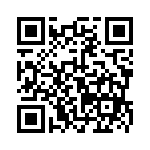