—Úū. 259
... with some arms on Ludgate , continued with but little detriment , whilst the vast iron chains of the City streets , hinges , bars and gates of prisons were many of them melted and reduced to cinders by the vehement heat .
—Úū. 419
-continued my father , taking up his book of post - roads , which he had laid down . - What is become , brother Toby , of Nineveh and Babylon , of Cizicum and Mitylenae ? The fairest towns that ever the sun rose upon , are now no more ...
—Úū. 454
Mrs. Tibbs , who had seen the waterworks an hundred times , resolved not to be interrupted , continued her song without any share of mercy , nor had the smallest pity on our impatience . The widow's face , I own , gave me high ... 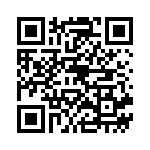