Page 256
Whether they were defending the Hindenburg line or one of the rearward
systems , it was essential , for the preservation both of the system of supply , and
of the connexion between the armies in France and those in Alsace - Lorraine ,
that the ...
Page 257
In fact , with the huge armies of the present day , the lines of communication have
ceased to offer a promising objective for attack , because , the flanks being
securely posted , they can only be reached by breaking through the front . On
several ...
Page 262
In this way , according to the Libertę , ' * they hoped to gain three months ,
prolonged by two months of winter , during which the armies would be
reorganised and the German people prepared for the resumption of the war as a
national ... 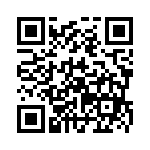