Bloom's exhaustive examination of all of Shakespeare's plays, Shakespeare: The Invention of the Human, was published in 1998 to great critical acclaim and became a best seller, a rarity for a literary ... ×čņąņü āåńü īņēūā

CHRISTY DESMET teaches Shakespeare, Rhetoric, and early modern literature at the University of Georgia. She is the author of Reading Shakepeare's Characters: Rhetoric, Ethics, and Identity (University of Massachusetts Press, 1992). With Robert Sawyer, she has edited Shakespeare and Appropriation (Routledge, 1999).

ROBERT SAWYER is a Robert E. Park Fellow at the University of Georgia where he teaches Victorian literature and Shakespeare. He is co-editor with Christy Desmet of Shakespeare and Appropriation (Routledge, 1999) and he has published recently on Shakespearean representations in folk art. 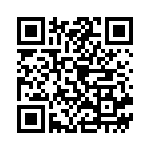