Стр. 26
Why Insurgencies Win Jeffrey Record. military power across 3,000 miles of often
turbulent ocean in the pre-Industrial Age were formidable enough, especially
against an American insurgency whose control of most of the colonial
countryside ...
Стр. 105
Problem-Solving, Optimistic: Holding to an optimistic public culture characterized
by the belief that problems can be solved, the American way in war is not easily
discouraged or deflected once it is exercised with serious intent to succeed.
Стр. 178
Napoleoni, Loretta, 71-72, 91 National Strategy for Victory in Iraq, 80, 94
Netherlands, and American Revolution, 3 1 Ngo Dinh Diem, 83, 85 Nixon
administration, 97, 124 North, Frederick, 32 Ograkov, Nikolai, 53-54 Omdurman,
battle of, ... 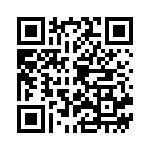