David M. Malone is Canada's High Commissioner for India and Ambassador to Bhutan and Nepal, and former Canadian Ambassador to the United Nations. From 1998 to 2004 he served as President of the International Peace Academy in New York. A scholar of the political economy of violent conflict and of US
foreign policy, he is the author of numerous books and articles. He is the co-author of Law & Practice of the United Nations (OUP, 2007). 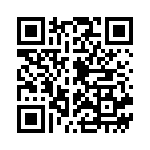